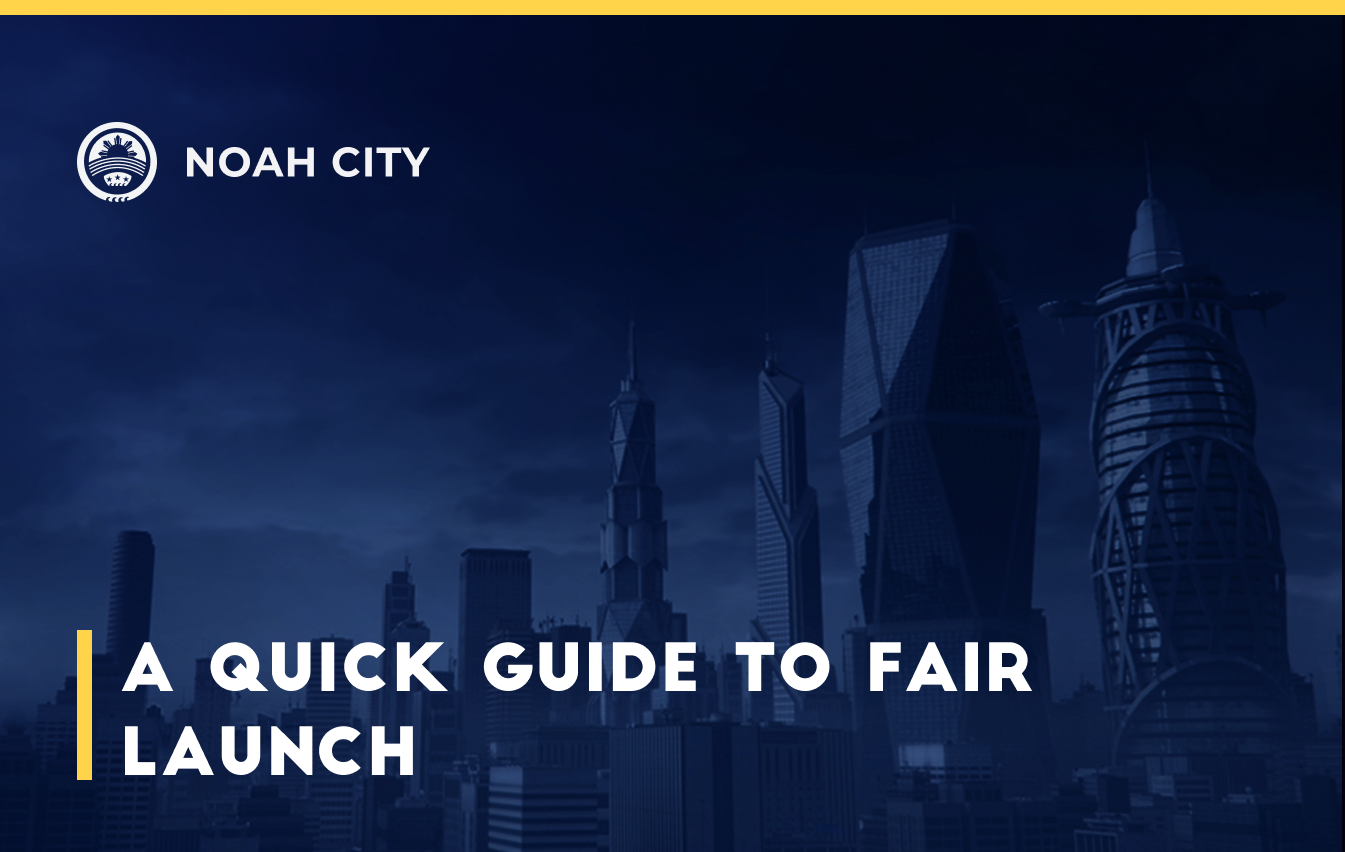 A quick guide to Fair Launch

You may have heard of the term ‘Fair Launch’. You probably even use coins created according to this principle. We will try to explain, in simple words, what a Fair Launch is because Noah Project is going to be closely related to it.

What is a Fair Launch?

A Fair Launch is a way of distributing new tokens using objective criteria that guarantees equal access to distribution, e.g. no pre-mining or venture capital allocations. Instead, tokens are distributed in different and fair ways – through liquidity mining (as it was with yEarn) or exclusively to active users only, as Uniswap did. It may surprise you to learn that Bitcoin is another example of a Fair Launch. Mining is the only way to create new BTCs.

Fair Launch tokens provide better results in terms of price. They are more stable than ordinary tokens and have strong communities behind them.

What types of Fair Launches are there?

In recent years, the Fair Launch concept has proven its worth. Therefore, the crypto community has developed a variety of Fair Launches.

Why is a Fair Launch good for users?

A Fair Launch is the best way to allocate new tokens to users. They go through most evenly. You don’t have to be a whale or an investment fund to participate in allocations. Decentralization is another plus of Fair Launch. The possibility of intervention by third parties is reduced to a minimum.

Next time, we will tell you more about how to run a Fair Launch – see you soon!

You can always find all our updates first-hand, just follow these links!