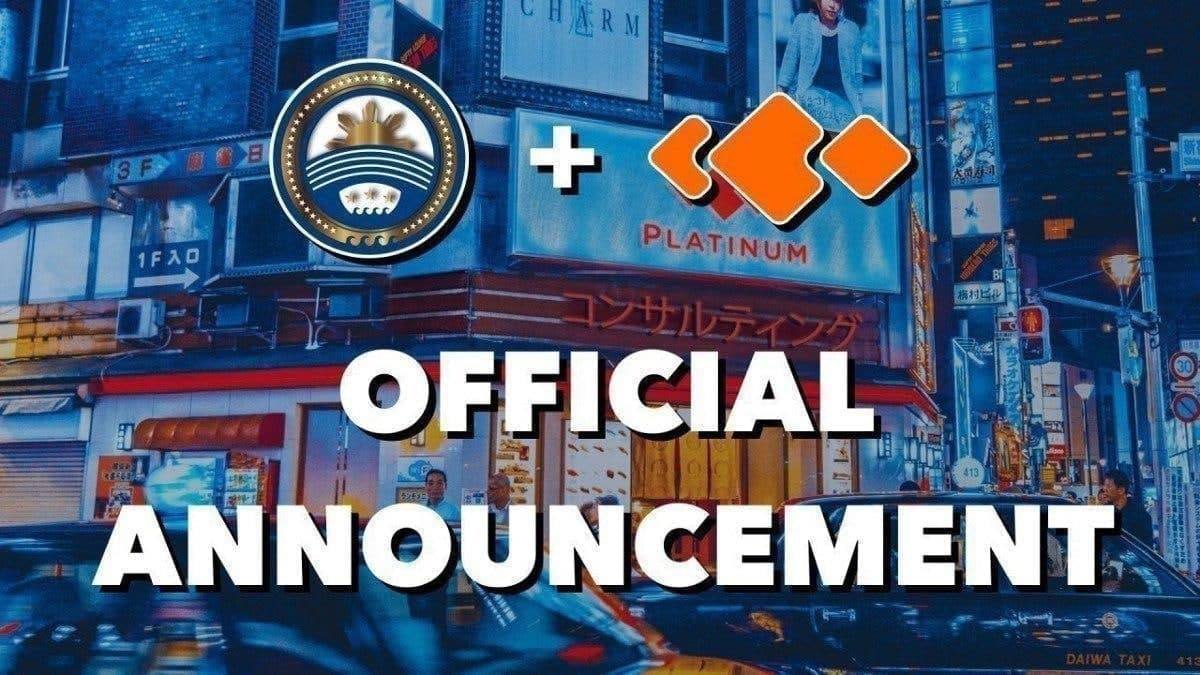 The recent hard work of Platinum Software Development Company is the envy of ill-wishers. We are used to haters that do not support the efforts of our software engineers, however, our team has been betrayed by a former Noah Project strategic employee and friend. Takeshi Ito has turned to blackmail.

We have recently received many messages from our community members informing us that Takeshi Ito has sent them messages via LINE and TELEGRAM. In these messages, Takeshi Ito writes: “………Platinum Software Engineers is deceiving Japanese people and repeating fraudulent acts……..”

Takeshi Ito was one of the main employees of Noah Project. He cooperated with Platinum Software Development Company for 2.5 years in different projects. All this time, Ito San represented the Noah Project, sold the products, believed in Noah City, and recognized its legitimacy. We gave money to Ito San and other advisers, as per their request to visit lawyers in Japan in order to get their legal opinion. Takeshi Ito received payments, a salary and commission for his representative activities, including accepting JPY payments in his bank account. During his liaisons with the Platinum team, he earned decent money, but it was not enough for him.

How Takeshi Ito became a Blackmailer

Recently, Takeshi Ito borrowed company money through a loan he took out with Platinum Software Development Company for personal assistance, then he disappeared (in January 2021).

A large amount remains in his bank account. Instead of supporting and helping the development of Noah Project, Ito has returned (June 2021) with threats and blackmail.

Moreover, a large number of new Noah Passports and bank cards also disappeared with Takeshi Ito who was responsible for sending them to community members.  Unfortunately, only 27 cards out of 150 in Takeshi Ito’s care were actually sent to users – the rest (which were sent to him to distribute among the community) he decided to hold, damaging the company. Here are the dates when the cards were sent to Ito and sadly, we suppose, would never reach the community members:

Takeshi Ito accused our team of being scammers and threatened us with legal and physical harm. All our activities (in which he took an active part), he called illegal. Allegedly, the Platinum team did not develop the Noah Project but simply raised money from the Japanese community. This is a huge lie!

He didn’t stop there either. Takeshi Ito began to threaten legal action locally and internationally. He has extorted a large sum of money for himself. He is not going to share it with the community or seek imaginary justice. Ito wants to rob our engineering company for his own profit, as he has done so before. He promises not to blackmail us if we pay up.

Takeshi Ito has turned out to be a man who is capable of crossing an ethical line. If the Platinum team does not meet his demand for payment, we will face physical violence. Ito has threatened us with the Israeli mafia (see screenshot). If something bad happens to any of Platinum Software Development Company’s employees, the responsibility will rest entirely with Takeshi Ito!

His words: “Also, he will make contact with an Israel guy.

As for this guy, he is not a legit guy and has connections all over the world, including Australia. Since I have a copy of Anton’s passport and will get the ones for every other member of Platinum, it is pretty easy for us to catch you guys. This guy from Israel does everything he can to complete his task. You will definitely regret it if you hear his name and what kind of organization he belongs to. He never fails his mission.”

None of Takeshi Ito’s words are true. He is a liar, a scammer and now an extortionist. His words about the QDAO project – lies. What he says about the lack of Noah Project development – also lies. Everything Ito says is slander without any basis in facts or with any evidence.

In addition, Takeshi Ito is fabricating a complete lie about Dan and Anton spending company money on expensive things and houses. This information is completely untrue and groundless. Throughout the entire time, Platinum Engineers have worked as volunteers for Noah Project. They are trying to restore this complex project, with all funds being carefully spent on Noah Project development and our financial books can easily prove all this.

What has been achieved :

Platinum Software Development Company fulfills its duties honestly. We continue to support the Noah community. The development of Noah Project never stops. Over the past 2 years, we have achieved great results:

What’s in the roadmap :

The Platinum team continues to develop the Noah ecosystem.

Soon, Noah Launchpad will be presented.

What is Noah Launchpad ?

This is a project our engineers have been working on for almost a year.

It is a platform that will attract foreign developers to:

Foreign developers will bring their communities on board to join the Noah ecosystem, creating a synergy effect.

New DeFi services will also be developed to make the Noah ecosystem even more attractive. The Noah community will have good opportunities for earning profits.

We will never leave the Noah community and will not bow to scammers like Takeshi Ito. We will answer any empty accusations and attempts at extortion. The Platinum team is made of honest people and we have nothing to hide, nor do we fear anyone. We hope that Takeshi Ito will stop his treacherous actions, return the stolen money and stop defaming the good name of Platinum Software Development Company.

We want to thank the Noah community for its continued support and faith in us and the Noah Project. Together we will achieve great results!

You can always find all our updates first-hand, just follow these links: